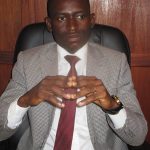 Mesmin Régis TOKO KASSI, Sworn Expert in Local Finances, works on his own has been since 2016 as Managing Director of his firm All Services Ingénierie, whose Headquarters are located in Bangui in the 20,000-seat stadium. Recall that Mesmin Régis TOKO KASSI, worked as a Finance Officer at the Bangui town hall, where he held several senior positions but at the time he gave his expertise in Local Finance within the framework of the multi-country project financed by the AIMF and the European Union from 2011 to 2014 in favor of the cities of Bangui, Douala and Black Point. Today, his office is the national reference in the Central African Republic in the field of Training Engineering and Financial Management Consulting on behalf of Companies of the place.