AfroLeadership selected by Education Out Loud for OC2

AfroLeadership invites you to register in advance for this meeting

Uganda’s lesson to other authoritarians: controlling the internet works.

UNGASS 2021: Commit to Transparency in Company Ownership for the Common Good

Online course : How to Start a Climate Assembly
Cameroon government behind scheduled time of 2020 Budget 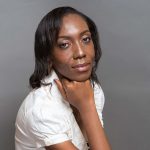 Anne Nzouankeu is an award-winning journalist and media/ communications specialist.  In 2020, she joined PesaCheck, a Third Party Fact-Checker organization at Facebook, as a Fact-Checker and researcher.

As a journalist and a video-journalist, Anne Nzouankeu has collaborated for 13 years with different media and programs, including but not limited to Voice of America, The Associated Press, Reuters, TV5 Monde, The Guardian, ‘Unreported World’ (an Emmy award winning foreign affairs series, which airs on Channel 4 in the UK), Temps Present (a weekly TV news magazine, broadcasted on Swiss Radio Television).
Anne Nzouankeu studied Anthropology and communication and cumulates 17 years of professional experience, from the Gender issue area to journalism, including communication. She is based in Yaoundé, is fluent in French, with English as a second language.

AfroLeadership is a civil society organization that conducts research, policy and advocacy with the goal of improving the living conditions of citizens in Africa.