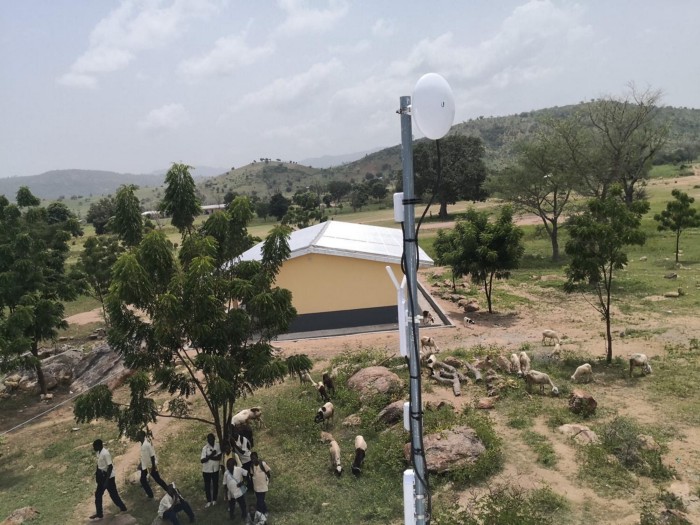 Following the earlier contributions to this blog series, which provided an overview of the six GNI-Internews fellows’ research projects, in this collection, fellows document their work over the last few months. These blogs do not represent the viewpoints of GNI or any of its members. Applications for the 2021 emerging voices fellowship with GNI are now open.

One target of the ninth Sustainable Development Goal “to build resilient infrastructure, promote inclusive and sustainable industrialization and foster innovation” is to significantly increase access to information and communications technology (ICT) and strive to provide universal and affordable access to the Internet in least-developed countries by 2020. But the progress here leaves a lot to be desired. In Africa, in the first quarter of 2020, the Internet penetration rate was estimated to be 39.3%, far below the average 58.8% of the world penetration rate according to Internet World Stats. In Cameroon, the situation is worse, with only 23.1% penetration rate in Q1 2020. Understanding the current situation and providing guidelines to improve it will require an in depth analysis that should be carried out on a long term. The study will pilot a series of studies on this topic.

From a general observation, the limited access in Cameroon is mainly distributed in urban regions of the country, creating a digital divide with rural areas. Although the government has launched a series of projects such as the multipurpose community telecentres, the national optical fibre backbone, and the landing of new submarine cables, accessibility does not seem to have improved as expected. Some projects, such as the multipurpose community telecentres, have even been a total failure. Initially designed in the early 2000s to reduce the intra-digital divide between rural and urban regions. Of the 2000 telecentres that were supposed to be deployed by the end of 2015, less than 250 have been built, with only a few of them operational. The project has been considered as a money pit, even though it was mainly financed by a special fund consisting of the yearly contribution of telecommunication operators (3% of their turnover), and other subsidies coming from the government. The lack of results pushed the government to put the project on standby at the end of 2015.

The following year, the government, through the Ministry of Post and Telecommunications developed a new strategic plan for a digital Cameroon by 2020. It was an emergency since Cameroon ranked 126th out of 143 countries according to the Networked Readiness Index (NRI) in 2015. [1] This poor ranking has been justified mainly by the poor infrastructure development, the poor individual use of the Internet and the unaffordable prices. A list of indicators and numerical targets by 2020 have been drawn up to evaluate the strategic plan. As it has been the case with some telecommunications projects in Cameroon, there is almost no information on either the ongoing state nor the final evaluation of the project. The bulk of studies trying to depict Internet connectivity and related challenges in Cameroon are outdated and don’t offer much insight for addressing these challenges. Even though the ranking of Cameroon has improved to the 118th place since 2015, there is still inadequate data to

Such a study is mandatory since the constraints imposed by the Covid-19 pandemic further revealed the limitation of the Internet connectivity in Cameroon. In fact, the confinement has forced universities to suddenly turn to e-learning systems. The lack of preparation from both sides (students and teachers), added to the low bandwidth in states’ universities resulted in overall bad user experiences. In response, the Ministry of Higher Education has decided to increase the bandwidth from 263 to 9333 MB/S in state universities. Apart from education, many businesses have started to go online using platforms such as Facebook, Twitter, or WhatsApp, despite the closing of Jumia (one of the greatest e-commerce platforms in Africa) in Cameroon. The telework has also increased allowing people to work from their homes. All those changes in the daily life of inhabitants that were accelerated by Covid-19 surely increased the importance and impact of the Internet connectivity, but also brought new challenges that need to be addressed. The growing need to use the Internet has created fierce competition between the four main operators who have multiplied their offers. However, there seems to be an important gap between the advertisement telecommunication operators are doing and the reality on the ground. In addition, the quality of the Internet services offered seems to be spotty throughout the covered area.

But what is the real state of the Internet connectivity in Cameroon? What are the challenges? How is Internet connectivity impacting the daily life of the population in Cameroon, especially as the pandemic pushes various social sectors toward digitalization? How can we achieve better Internet quality that can sustain local activities? Those questions will be addressed in the current study on Internet connectivity in Cameroon. The methodology of this research will collect evidence through the use of Internet measurement tools and interviews of various users and stakeholders (Internet Service Providers, Network Administrators, Service Developers…), in order to ensure a factual database that will be enriched over time.

[1] NRI ranking can be found in page 8 of the 2015 Global Information Technology Report: http://www3.weforum.org/docs/WEF_GITR2015.pdf