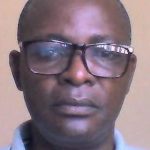 Ivan KIBANGOU NGOY is the founder and executive director of « Global Participe », a local non-governmental organization working in the fields of democratic governance and local development. He is also the founder of the Congolese Coalition for the Civic Charter, which is an associative platform created by NGOs and associations for the defense of human rights, environmental protection, and the fight against corruption in the Republic of Congo. He is an active member of the Civic Charter activists’ platform currently coordinated by ActionAid. He studied private law at the Marien Ngouabi University in Brazzaville, Republic of the Congo. With the support of several institutions, including the local office of the UNDP (United Nations Development Program) in Congo, the IFES (International Foundation for Electoral Systems), the Life and Peace Institute (LPI), he initiated and implemented several projects on democratic governance, peace, the protection of civic space and internet freedom. He created the CDHD (Collective of NGOs for Human Rights and Democratic Development) of which he was the first person in charge from 2002 to 2005. He co-wrote several reports on the human rights situation and has led several observation missions for pluralist elections.