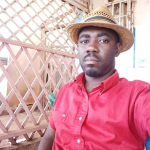 Ernest Dieudonnée YENE better known under the name of Ernesto YENE was born in Yaoundé. With more than 20 years of political and associative commitment and activism, has a degree in political science from the University of Yaoundé II-SOA.

He is a socio-cultural facilitator, consultant-trainer on issues of citizenship and local development and a writer.

He began his associative involvement on issues of children’s rights and the participation of young people in decision-making and governance processes with the Fondation Conseil Jeune association, which he founded with friends in 1998, he is project manager in 2007 within the framework of the project “JEVOTE” (voluntary youth for transparency and electoral fairness), it is also the period when he will engage on the migratory question which will precede a participation in the world social forum of DAKAR and in the development of the migrant charter in Gorée.

He will chair the Fondation Conseil association between 2012 and 2015 and will be on the steering committee of the dynamic citizen network where he will take care of mobilization on issues of water, corruption and human rights. 2016-2017 period during which he was arrested 3 times by the police, he is at the heart of the Stand Up for Cameroon device behind other leaders for a mobilization against a unilateral attempt to modify the constitution, and for quality access and of quantity to drinking water and against disturbances in the electricity supply. With the citizen association for the defense of collective interests « ACDIC » he campaigns for food sovereignty and the protection of local solidarity economies through the campaign for Cameroonian chicken.

He discovered the idea of ​​“Tournons la page” in Paris in 2014 during the “Lenten season” of the CCFD on the issue of alternation in power, human rights and was the leader of the “Tournons la page -Cameroun” system during the presidential election 2018. He will also work for the territorial network of this movement in Cameroon. He will lead several workshops on the issue of digital rights in partnership with AfroLeadership.

The freedom of meetings and demonstrations will also occupy an important part of its commitment, as will arbitrary arrests and detentions. He is currently involved in a monitoring-documentation-reporting system for human rights with the NGO UN MONDE AVENIR.